Who can wear the "sound designer" title?

This is an age old debate, and it's not specific to our industry - but a recent question on Social Sound Design by Jay Jennings kind of re-spawned the debate.  "What makes you think you're a sound designer?"  or as it's implied, "what have you done that gives you the right to take that title within the industry?"

In lieu of just answering in short form there I felt like I'd take the opportunity to go more in-depth with my own perspective.

Initially, my thought is that discussions about titles are discussions about language.  The fundamental questions behind the question is: what are you trying to communicate with your title, and to whom, and for what purpose? 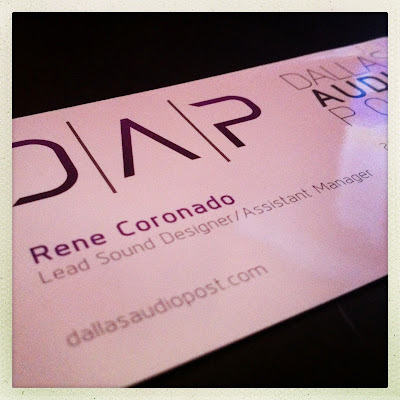 To preface this: in my opinion the title of "sound designer" has kind of devolved into a similar place as the title of "graphic designer" or really any adjective + "designer"

Just because someone designed something doesn't make that person a designer, but the fact will remain that the person did design that one thing.  If that person designs lots of things, at some point that person will move across the broad grey area that separates novices from masters.  Many people will take the title of designer after the first thing they designed though, not after they've truly created their first masterpiece.

All this dilution reduces the level of meaning that the title itself holds.  There are no pre-qualifications or trade guilds that police who gets to use the title of "sound designer" and who cannot.  This is not a title like "doctor" - or even "nurse" for that matter.  There are no standards, there is no board that can strip you of your title, and just printing the title on your business card or email sig or resume won't get you very far.

So with that said, my perception of the basic skillet a quality sound designer would have includes things like:
It's a tall list, and none of the things on it are easy or could be learned entirely in a year.

Of course not everyone that prints "sound designer" on their card can do all of those things well, and some of the things that really bring a person to the next level of sound design are not on that list.


I'll also note here, that generally titles can be pretty confining. They set up boundaries that imply both things that we do and things that we don't do.   My current business card implies zero about my ability to produce and edit copy, shoot video and timelapses, program websites, do public speaking, etc.

It also only peripherally implies things about my ability to cast, record and edit voices, mix for broadcast, and other more directly audio related things.

Its assumed that the titles we give use to describe ourselves are shorthand, but it's also assumed that it's shorthand for the most important thing that we do within the context of our jobs.
-------------

So with that in mind lets get back to the underlying language questions about the title, and what my opinion of the answers should be.

First off: what am I trying to communicate with a title?

Going back to the "doctor" comparison, in the US, the title of M.D. means that you spent years in an accredited college attaining your bachelor's degree, and in school you learned anatomy, biology, chemistry, and other fundamentals of medicine.  You then went to med school and spent even more years learning the craft.  Once you've performed to the standards set by those institutions, you then enter into a medical residency program where you essentially act as an apprentice under other practicing and experienced doctors.  Once that process is complete you've applied for and acquired a license to practice in your state. All of this is implied with the M.D. title and the purpose of this title is to communicate these qualifications to the world in a standardized and uniform way.


Secondly: to whom am I communicating?

Generally speaking, professionals of any kind are utilizing their titles to communicate with everyone they come into contact in a professional context.  This includes clients and prospective clients, peers, vendors, management, etc.

Given the wide array of people that I'm communicating with here, I really just have to try and lay a basic groundwork with the limited number of words I have available to use in a title.  My email sig and business card are not the place to get into a detailed analysis of what I can and can not do.

Thirdly: why am I trying to communicate this with my title?

Medical doctors utilize their titles to shorthand all of the credentials listed in the previous question.  This leads their clients to give them a baseline assumption of credibility that they can diagnose and cure many physical illnesses that they may be approached with.  The standardization of the titles in the medical profession has gone a long way towards improving the art and science of medicine.

Sound is not nearly as noble or dangerous a profession, and as such those types of standards aren't really as in demand.  The question of why designers of any kind utilize titles at all is kind of interesting.

In my case, I use my title in context with my coworkers.  I'm generally the sound design guy, another guy is the lead composer, the boss does mixing and biz dev, and the new guy is still in the process of defining his niche within that dynamic.  This is not to say that I'm the only one that can do sound design in the shop (I'm not) nor is it to say that I can't do things like mixing and biz dev (I can).

I think it also gives another level of insight into what I can do when I'm working with clients outside of the context of design.  If all I've done for this client is cut voices and they grab my card where it says "sound designer," they may think of me when its time to make cool noises near the end of the project.

In the end, we're not defined by the titles we assume because titles are confining.  They're a shorthand, a means to an end, and we use them despite the fact that we're always learning new things, doing different things, and evloving our perspectives.

for more thoughts on this, check out the second half of ep 56 on lets make mistakes, where  Mike and Katy struggle with the same issue in the web design world.  I don't think they came to any real conclusions there, but if nothing else it shows that audio people aren't the only ones who struggle with the whole title thing.  :)

This is a great post, Rene. I'm often at odds about what kind of title to give myself. Recently, I keep coming back to "Creative Hack"!

I entered the whole audio engineering world because I wanted to be able to record my music. And since then, I've done a wide range of things in both audio, video, and the general creative field.

And I still shift roles quite often depending on the project I'm working on, and some projects require me to take on all the roles at the same time. In context of my team at my day job I'm the Audio Guy who also does video work. But in all my freelance projects I'm just the guy who makes videos start to finish (from concept to final export).

Regardless of titles, I'm grateful for the field I get to work in, because it's a blast!

And I'll be thinking about what my next business card should say, but I'm really leaning toward "Creative Hack." Or maybe just my name.

how about "audio professional"? I think I like that. :)

It's really an interesting topic that should make everyone seriously think about.
I often think that titles should be given from others peers and not be self-given or acquired simply through a degree. With the explosion of mass-education, anyone with a bit of passion and hard work can "purchase" a title (because in the end this is what it is).
I come myself from this world. I'm a beginner "audio professional", if I can use your term Rene, who describes himself as Sound Designer only because it is the name that most effectively describes the particular area in the sound world that I'm interested in and I try to work on. This also helps other professionals in complementary areas to immediately understand what I can do (or potentially can do). However we all know that this is not enough. What really counts at the end of the day is the quality of your work, which is only acquired through experience, and so years of practice. I've just started but eventually I'll have gained enough experience to truly consider myself what I say I am. But we all have to start from somewhere right? ;) 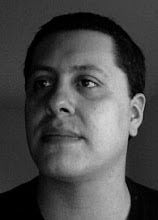