So instead of running more controlled experiments with regards to my quad setup, I ended up with a quick and dirty dual MS rig out in the field this past week.

The rig consisted of a pair of schoeps CMC6 bodies with the Fig 8 capsule and the hypercardiod capsule making up the front portion, and a Line Audio CM3 rigged up for the rear M all inside of a big rycote blimp.  The schoeps mics went straight into a 744t 1-2, and the CM3 went through a sound devices M1 and into the 744t channel 3. 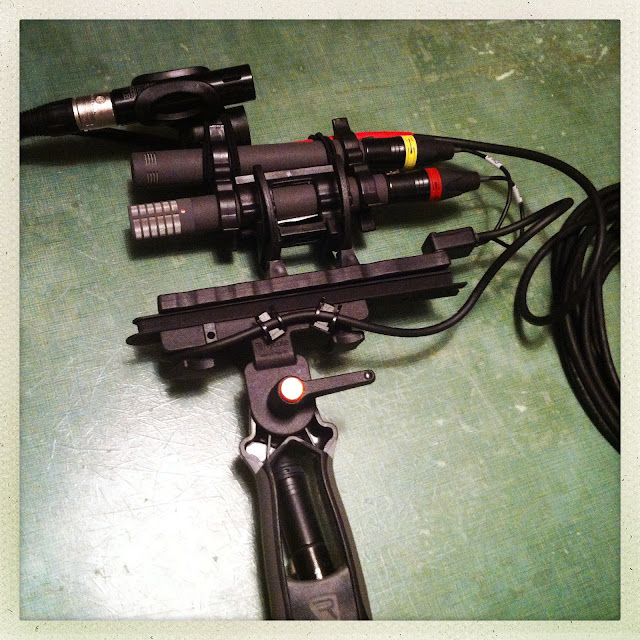 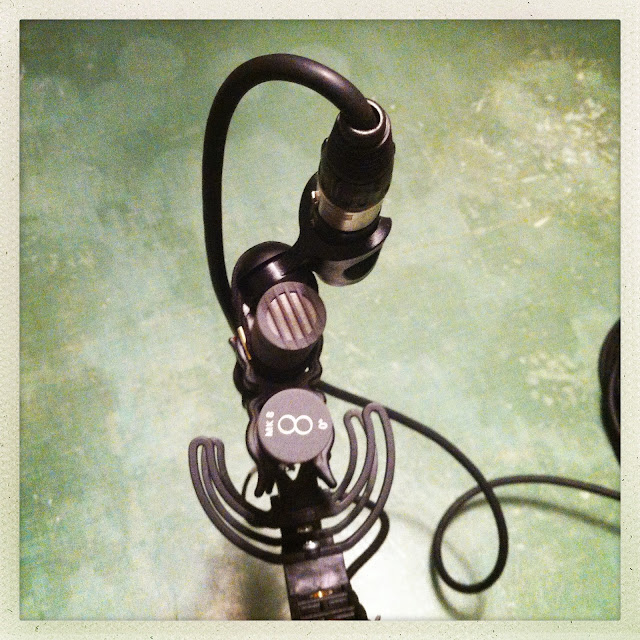 The obvious compromise in this setup was the fact that all three capsules weren't exactly coincident on the vertical plane, and since the idea was to use the figure 8 mic as the S to decode both the front and the rear M mics, I was interested to see how well this configuration held up to scrutiny.

The whole rig fit into the rycote blimp very well, and when I took it out of doors the blimp still provided great wind protection to all three mics, since non were very close to the edges.  I generally monitored the schoeps rig decoded, but sometimes listened to all three mics in mono.

I took this rig to a local hospital to record ambiances for a documentary that we are working on.  I came back with about 3 hours of recordings from a half-day all access shoot, and got some really killer stuff (including a real live surgery). 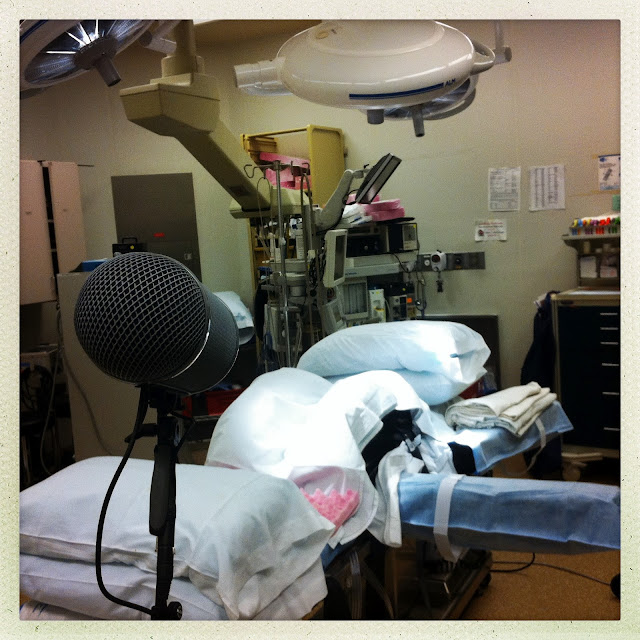 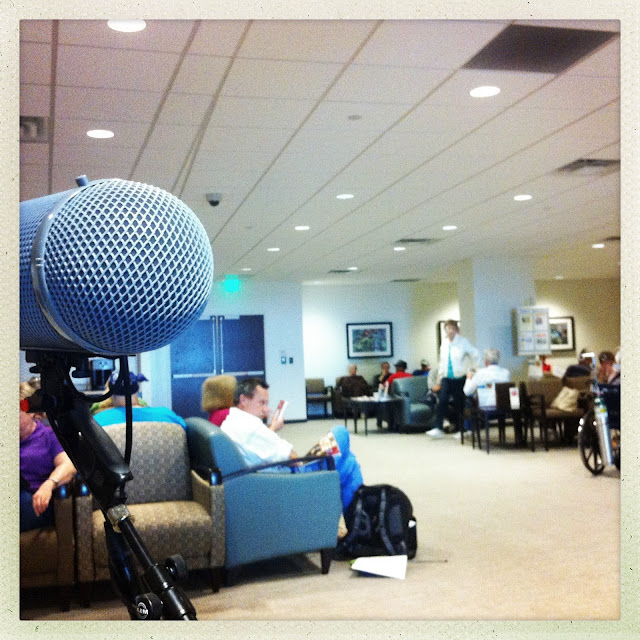 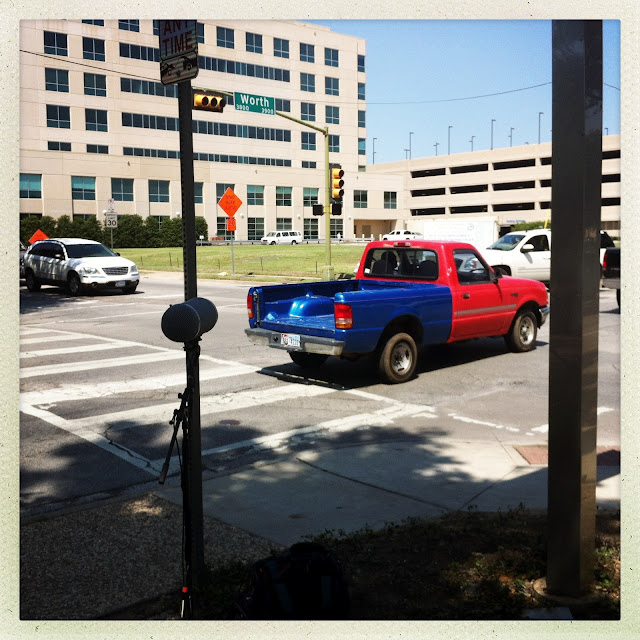 Back in the studio, I decoded and evaluated.

I protools I decided to align all three tracks and mute them.  From there I sent the Schoeps MK41 (supercardiod) to bus 1 prefader, the Schoeps  MK8 to bus 2 and bus 4 prefader, and the CM3 to bus 3 prefader.

I was shocked at how good it all sounded.  Maybe some of the best recordings I've made in my life.

Imaging was spectacular throughout, the balance of direct to reverberant sound was excellent, and that $150 CM3 played so nice with the crazy expensive schoeps rig you'd never guess the price of that thing.  I didn't find the time differential between the CM3 and the schoeps MK8 capsules to present much of a decoding problem, probably because most of my sources were ambient and were sending as much reverberant sound to the mics as they were direct sounds.

Summing all three decoded mics to mono caused zero issues.  Summing this rig to mono effectively removes the Fig 8 mic from the sound, leaving only the sum of the schoeps mk41 and the Line Audio CM3.  Given that they were both aimed in opposite directions and recording ambient sources, the non-time alignment didn't do anything particularly strange or phasey.  It's possible that time aligned capsules would lock together even more tightly, but  the 2 inch or so differential was insignificant in this specific setup.

This is without question a killer rig to take into situations where you need to capture lots of surround ambiances while on the move.  I think I still prefer the spaced mic technique sound to this one when I have to luxury of setting it up and not having it change the vibe of the ambiance I'm recording, but honestly I only prefer that technique over what I got here a little bit.  Things didn't feel as "narrow" as they did in my initial dual MS test, and the use of the same fig 8 on both ends really locked the image down tight from front to back.

Color me impressed.  As I go through and edit the recordings more closely I'll find a couple of nice bits to post up of both the front and read decoded recordings.

update: here are some choice decoded sounds from the shoot:

During a session this past week a voice talent friend of mine named Nick Alexander happened to have his set of Neumann TLM 103s with him for a different project.

We had a moment after the session was over to grab some random copy and run a quickie shootout.

First I set up our standard AT4050, Nick's TLM103, and my DIY Austin Ribbon Mic with the three membranes as parallel as I could get them. 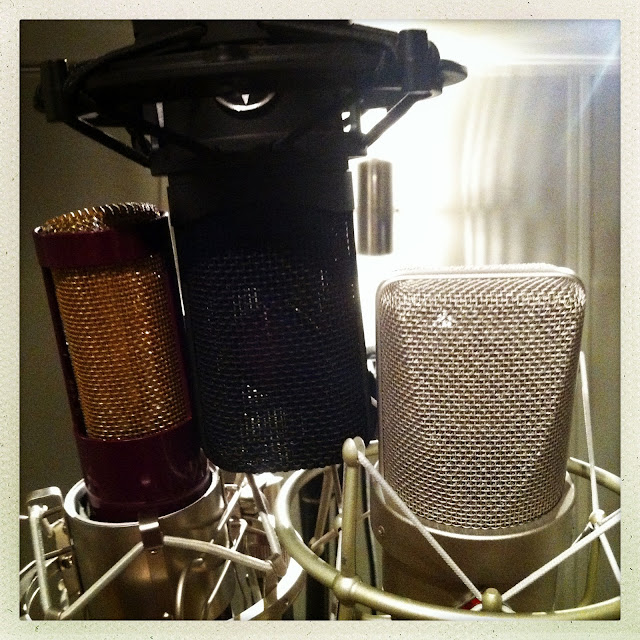 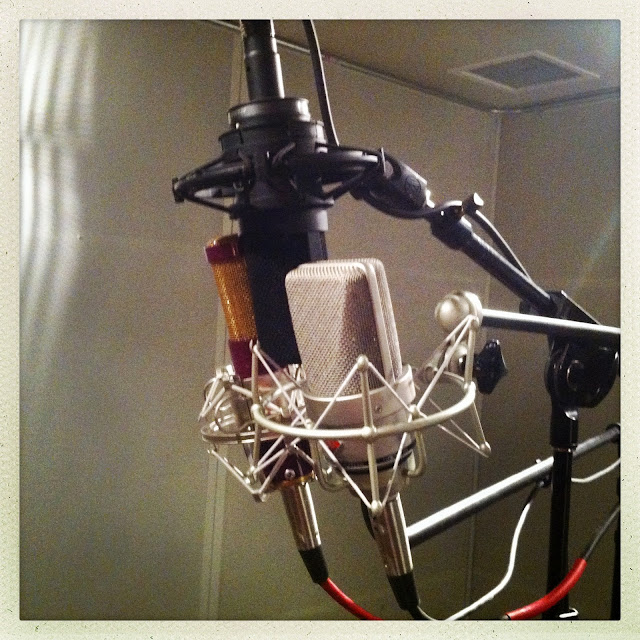 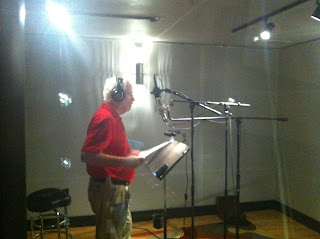 With the mics set, I had Nick stand about 8 inches away and centered up so that we could get the most fair test of the three at the same time.  I'd typically mic a voiceover slightly closer than we did here - though Nick did lean in near the end and work some proximity effect.

We read some random copy both in a regular and kind of laid back style, and then a bit more in a louder, more upbeat style - and we were joking around a bit throughout.  I kept rolling as we had a casual conversation for a minute or so after reading from the script.

All of the mics ran into a rack of John Hardy M1 preamps.  The ribbon mic went through a cloudlifter as well in order to better match the impedance to what the M1s offer and to help match the gain to the much hotter output of the condensers.

Here's a photo of the preamp settings that matched up the outputs.  The 4050 is channel 1, the TL103 is channel 2, and the Austin Ribbon (post cloudlifter) is channel 3:

Both the 4050 and the TLM103 had very similar output levels, and the ribbon was still 15 db or so softer than them even after the cloudlifter pre-boosted its signal by 20 db.

so given all of the setup, here's are the final recordings (downloadable via soundcloud)


after a couple of listens, here are my thoughts:

The ribbon mic was its own beast - pretty thick and wooly and the p-pops would actually flutter  rather than pop.  In my opinion that recording would need a good bit of work to really fly.  Mostly just handling all of the low end that was masking a lot of the rest of the spectrum.  The mic kind of smoothed out the transients in a different way than the other two did, and kind of had a natural analog compression to it, which I liked.

Both the 4050 and the TLM103 are very good sounding mics and very smooth across the frequency spectrum.  The TLM103 is not quite as bright as the 4050 but I certainly wouldn't rate the 4050 as harsh in any way.  In fact, I'd probably say that the 4050 was the most detailed of the three - which really showed through when Nick was rustling the pages of his script a bit.

I thought both mics flattered Nick's voice and worked with both reads well.